Profiles in Middledom: #4 in a series, featuring Middle Children (real-life or otherwise) who have earned their place in the pantheon of birth order oblivion. 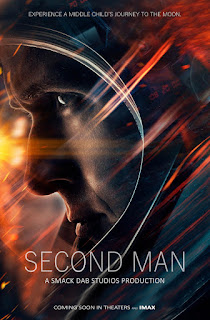 Critics were over the moon prior to the October 12 release of “First Man,” the Damien Chazelle directed biopic about Neil Armstrong -- the first-born, first man to walk on the moon. And while Ryan Gosling received generally positive reviews for his portrayal of Armstrong, the movie failed to take off at the box office. Some would say it’s performance was less than stellar. Others have simply called it a flop.
This is particularly bad news for us here at Smack Dab Studios, and has caused us to temporarily halt production of our very own moon-shot masterpiece: “Second Man,” the story of Edwin “Buzz” Aldrin. When Aldrin stepped on the lunar surface almost 20 minutes after Armstrong on July 21, 1969, he became the second man to walk on the moon. Fittingly, Aldrin was a Middle Child.
Of course, everyone remembers Armstrong’s first words when he stepped off the Apollo 11 Lunar Module, but no one remembers what Aldrin said:

“Beautiful view. Magnificent desolation.”
Okay, maybe that’s why no one remembers.
Some NASA accounts suggest that Aldrin was actually supposed to be the first to walk on the moon, but it was decided it would be easier for first born Armstrong to exit first due to the positioning of the astronauts in the Lunar Module. Sure. So the Middle Child gets shoved aside. Again. Literally.
After retiring from NASA, Armstrong rarely made public appearances or gave interviews, but in true Middle Child fashion, Aldrin would talk about his experience to pretty much anyone who would listen. Unlike the First Man, who pretty much avoided the spotlight, the Second Man actually sought it out. He was even a contestant on “Dancing With the Stars” in 2010, for heaven’s sake. 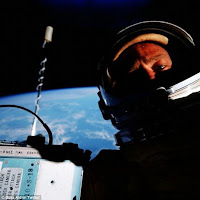 All these years later, though, Aldrin is still getting the Middle Child treatment: he was reportedly not invited to an advanced screening of “First Man.” He was portrayed in the movie as an “obnoxious loudmouth.” And while both of Armstrong's sons, along with a number of space historians and NASA engineers, get thanks from the producers in the credits, Aldrin's name is missing from the IMDB listing. But even though he was regrettably forced to forever follow in Armstrong’s footsteps, Aldrin can take solace in claiming his very own extraterrestrial first. On a previous Gemini mission in November 1966, he snapped the very first space selfie.
Posted by SmackDabBlog at 11:24 PM